Should You Get An Amex Business Platinum Card?

Wondering which credit card offers the best rewards for travelers? Sometimes it’s hard to know which cards to choose and why, but it can be a little bit easier if you have someone offering a bit of insight. Here we’ll take a look at the Amex Business Platinum Card, how it ranks compared to other credit cards, and how it might work well for you.

Here are my favorite benefits of the card, ranked in order of the enjoyment I get out of them, with the value I place on each one.

While the Platinum cards lost access to Admirals Club lounges and restricted Delta SkyClub access to cardholders (without guests), Amex has been steadily adding Centurion Lounges at major airports across the country as well as international locations such as Buenos Aires and Sydney — and in my opinion, they blow domestic US airline lounges out of the water.

Cardholders get access for themselves and up to two guests or their whole family when traveling together. 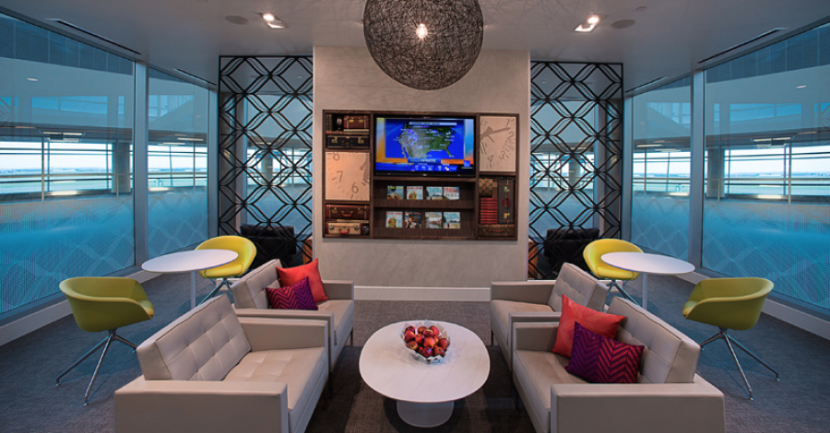 Not only are the Centurion Lounges better designed than your average club lounge, with contemporized mid-century modern flair that alludes to the golden age of travel, but also their other amenities (including mini-spas, showers, children’s play areas and food) are so much better!

You can find other Centurion lounges in Las Vegas (LAS), New York (LGA), Dallas-Fort Worth (DFW) and San Francisco (SFO), plus a Centurion Studio (which is a smaller Centurion extension) in Seattle (SEA). Also, keep in mind that the card still gets cardholders into Priority Pass lounges around the world.

If you travel often having access to a lounge, especially one as nice as the Centurion Lounges, is a great way to relax between flights!

As with the personal Platinum card, my Business Platinum offers a $200 airline rebate once per calendar year, meaning every January I get $200 to spend on the airline I designate.

The rebate is automatic; when I use my card to pay for any of the following items directly from an airline, the charge should be automatically rebated from my statement:

The rebate does not extend to airline tickets.

However, it is usually triggered when you purchase airline gift cards or vouchers, which you can then use on tickets.

A once a year rebate is a great little surprise, especially if you forget it’s coming! If you need a little extra service when you fly, your rebate can go to cover it!

One of the best developments in the travel industry in recent years has been the advent of Global Entry and TSA PreCheck in the US.

These expedited security services allow me to breeze through Customs & Immigration and security at US airports (and some foreign airports).

We all know how stressful and time-consuming TSA checkpoints can be. Expedited security services lets you save time and energy in the airport, and keeps you out of those long lines!

Plus, by getting Global Entry, you’re automatically registered for TSA PreCheck (though you have to manually enter this into your various airline traveler profiles).

The Business Platinum card will issue you a statement credit to cover your application fee for either of these services, which makes signing up a no-brainer.

Furthermore, even if you already have Global Entry, you can use your own Business Platinum card to pay for another person’s application, and each additional cardholder you add can also use his/her card to be reimbursed for their own application, so this represents a tremendous value.

Earlier this year, Amex announced that the Business Platinum Card would lose its 20% Pay with Points rebate, a perk that gave cardholders 1.25 cents per point in value when redeeming points directly through Amex Travel for airfare on any airline.

However, the company quickly backpedaled, sort of. As of July 1, Business Platinum cardholders specifically earn a 30% Pay With Points rebate for a designated airline, which must be the same one designated for the $200 annual airline fee credit.

That means Business Platinum cardholders can redeem Membership Rewards points for flights on their preferred airline and get a value of about 1.43 cents per point.

While that’s a larger discount than before, the restriction to a single airline limits its value in my opinion.

Do you have a favorite credit card? One that offers tons of rewards and helps you when you travel?